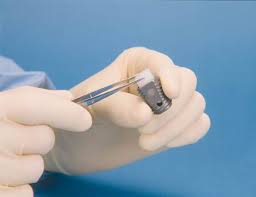 Did you have a spinal fusion surgery? Sometime after the surgery, did you have a recurrence of similar or worsened symptoms? Did it feel the same or worse than what you experienced before your surgery? If so, you may be suffering from INFUSE-related bone overgrowth. The manufacturer, Medtronic is accused of encouraging the use in off-label situations including the upper back and neck as well as lower spine surgeries outside of the FDA approved use. Medtronic is also accused of failure to caution patients or doctors about the severity of INFUSE bone graft complications when implanted in the lower back.

Infuse contains recombinant human Bone Morphogenetic Protein, which triggers bone growth. This allows doctors to implant a synthetic bone graft instead of using bone from a cadaver or harvesting a graft from a patient’s hip, which can be painful.

In 2002, Medtronic received limited approval from the Food and Drug Administration (FDA) to use their synthetic bone protein in specific surgeries on the lower spine that approach from the front only, tibia fractures, sinus augmentation and some dental procedures. They were not given approval for use in neck surgeries or surgeries originating through the side or back. Yet, with dangerous results doctors have been using Infuse in unapproved neck (cervical) and lower back fusions.

The FDA issued an INFUSE warning in July 2008 after receiving several reports of serious complications caused by the protein. Medtronic is accused of fraud, encouraging the use of the bone protein in off-label situations and failure to issue notifications of complications or a product recall. Due in large part to persistent and deceptive marketing, 85% of INFUSE sales were for off-label uses by 2011. In 2012, the US Senate found that Medtronic influenced research studies and secretly paid surgeons to write positive articles about their devices.

“At Falk & Falk, we believe you have the rights to a great personal injury attorney!”